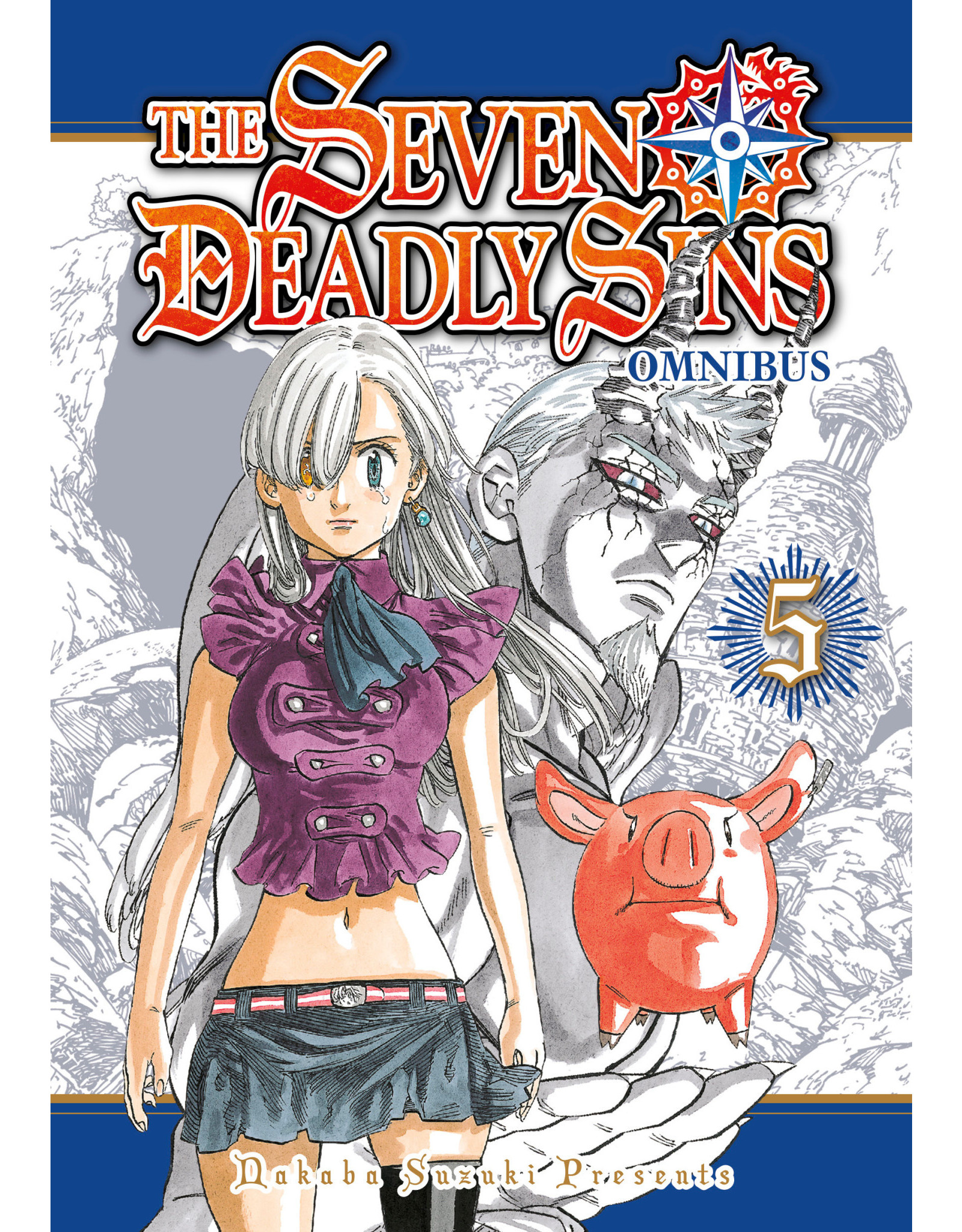 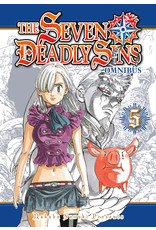 Ride forth into the magical world of Britannia with a new 3-in-1 omnibus version of the manga that inspired the most popular Netflix Original Anime worldwide! This book includes Vols. 13-15 of The Seven Deadly Sins manga, in a special, large size.

The Grizzly Sin, King, is alive! Unfortunately, King not only refuses to help Meliodas, he declares Ban as his mortal enemy for having attained eternal life at the cost of the life of his sister Elaine. During a gripping confrontation between King and Ban, the fearsomely skilled Holy Knight Gila comes bearing startling disaster and devastation!