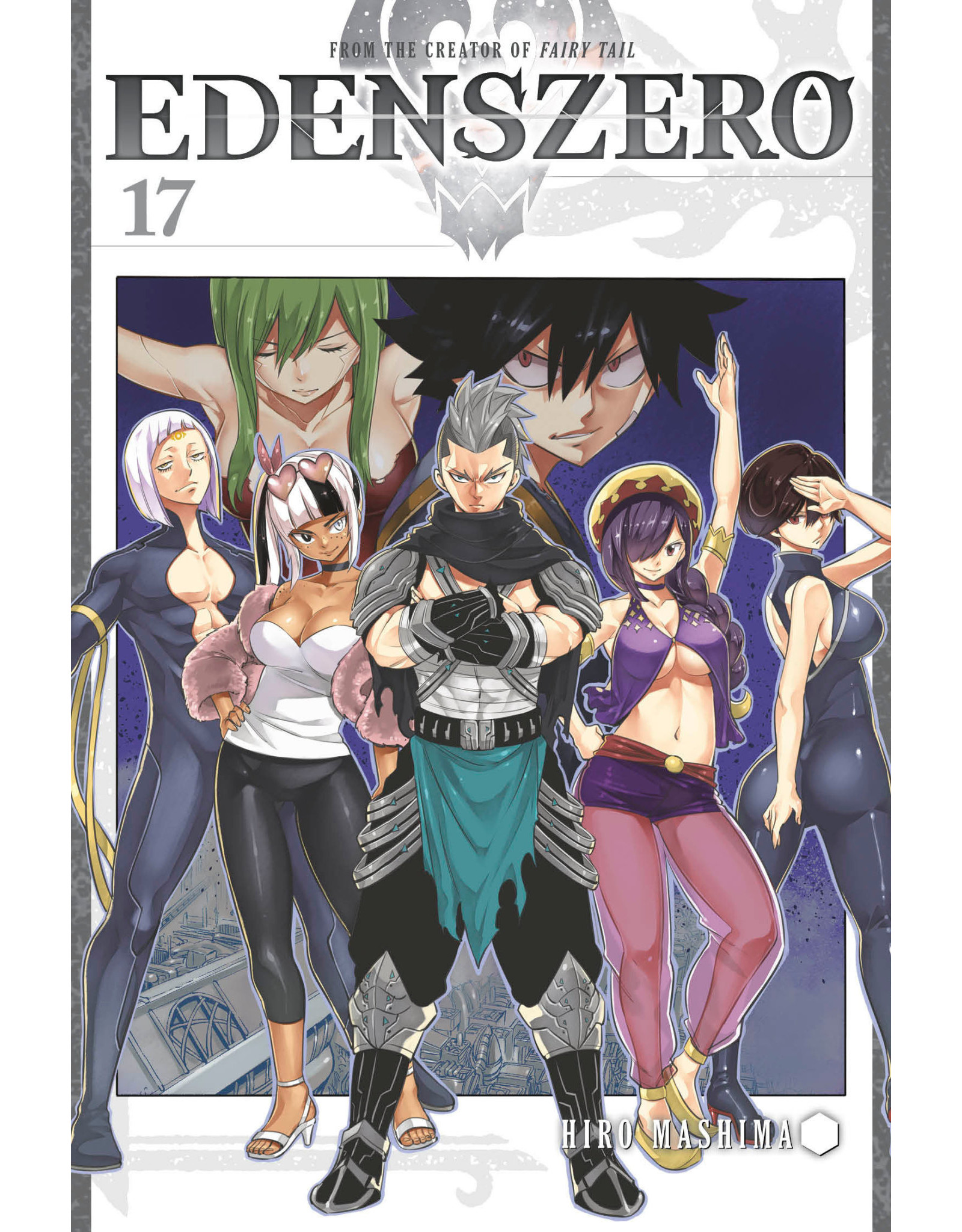 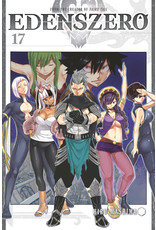 DROWNING IN THE OCEANS

With both the rebel forces and Interstellar Union Army engaging the imperial battleships in the space around Nero 66, Shiki and the EDENS ZERO team take the ﬁght to Shura and a few members of Nero’s elite Oceans 6. It’s gravity versus gravity as Shiki and Shura match ether powers. Although they share similar ether powers, Shura highlights the difference between them when he picks a path of cruelty. Meanwhile, Weisz leads an inﬁltration team to reach the All-Link system. All robot life in the Aoi Cosmos hangs in the balance as Weisz ﬁnds himself an Oceans away from reaching his goal.