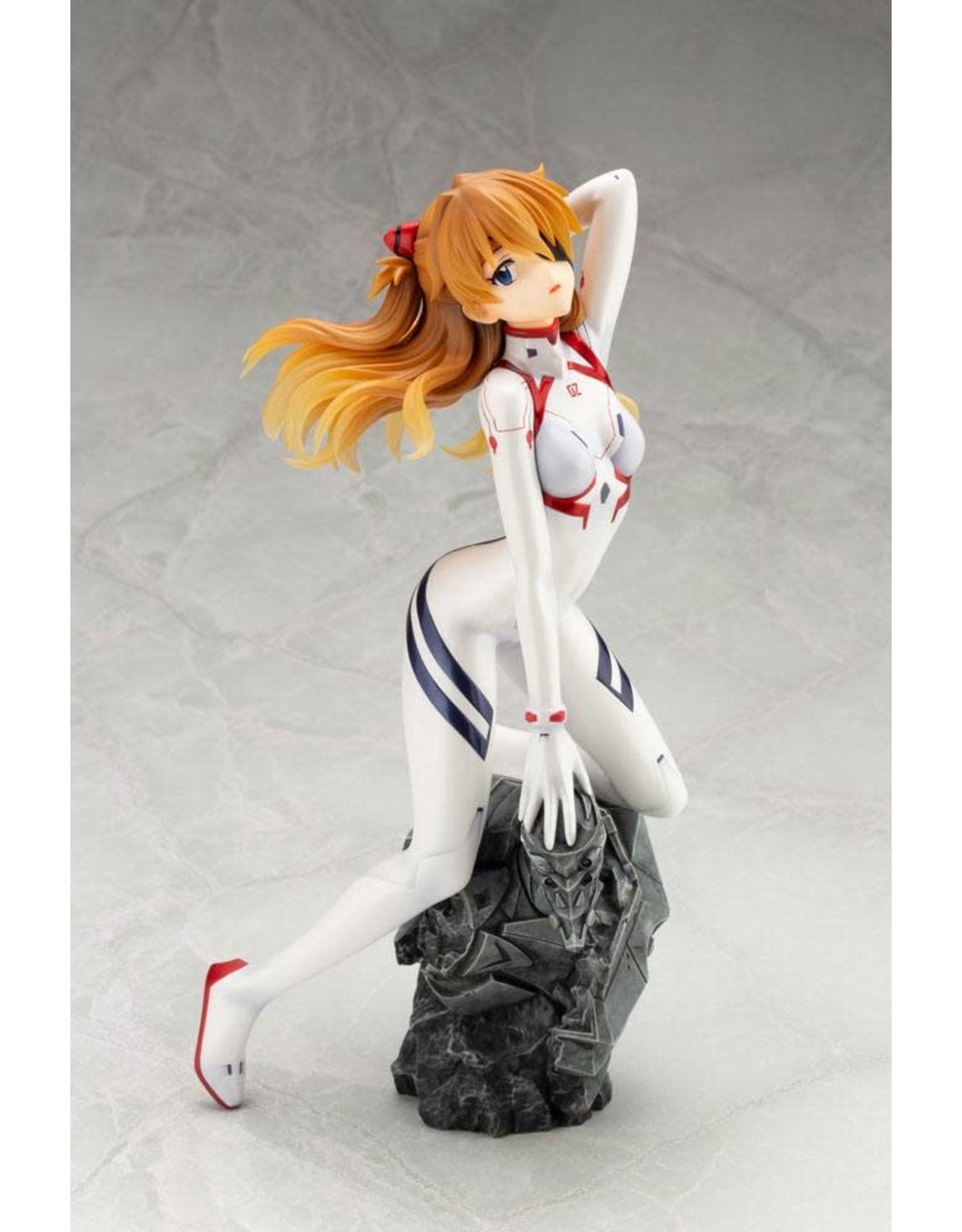 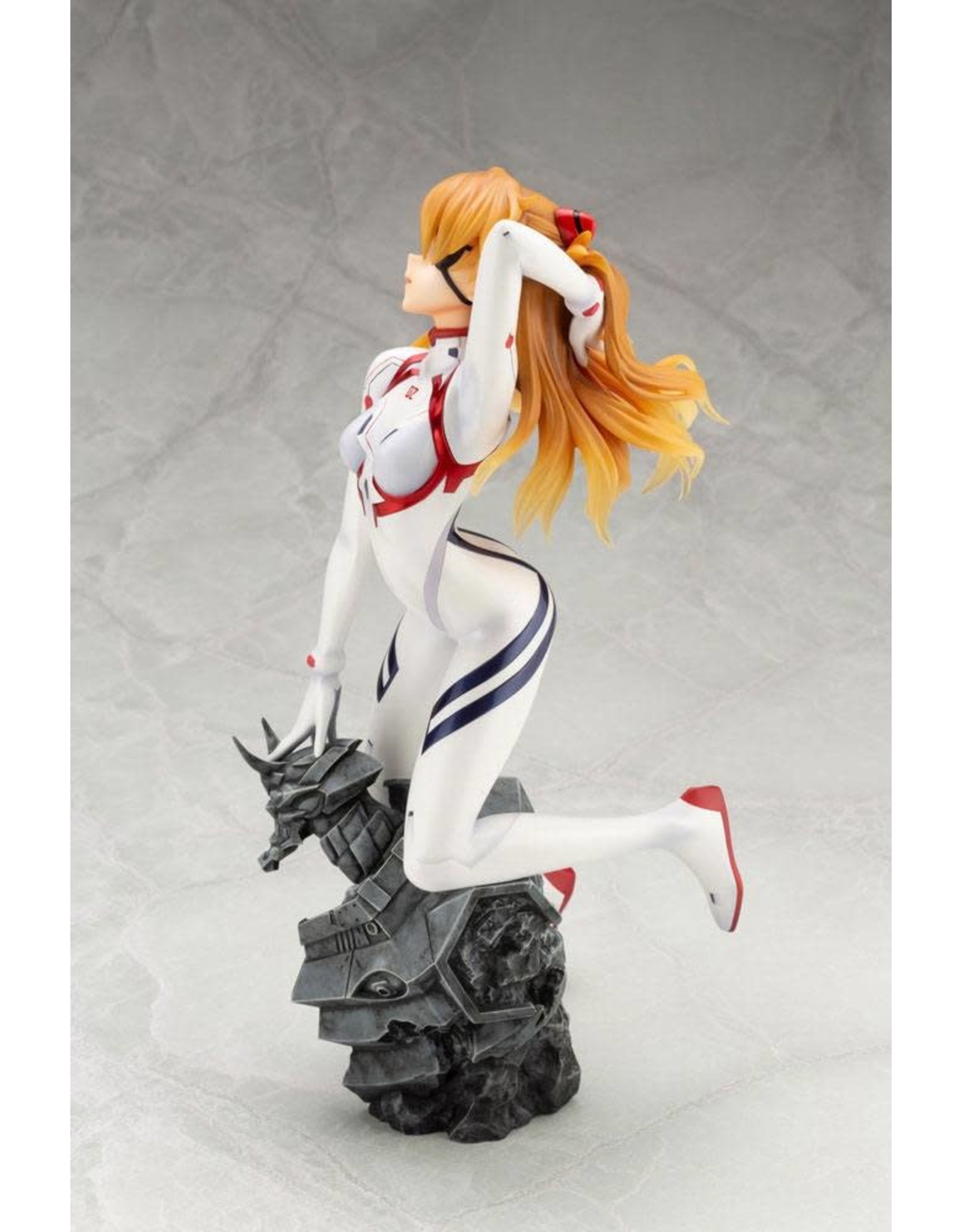 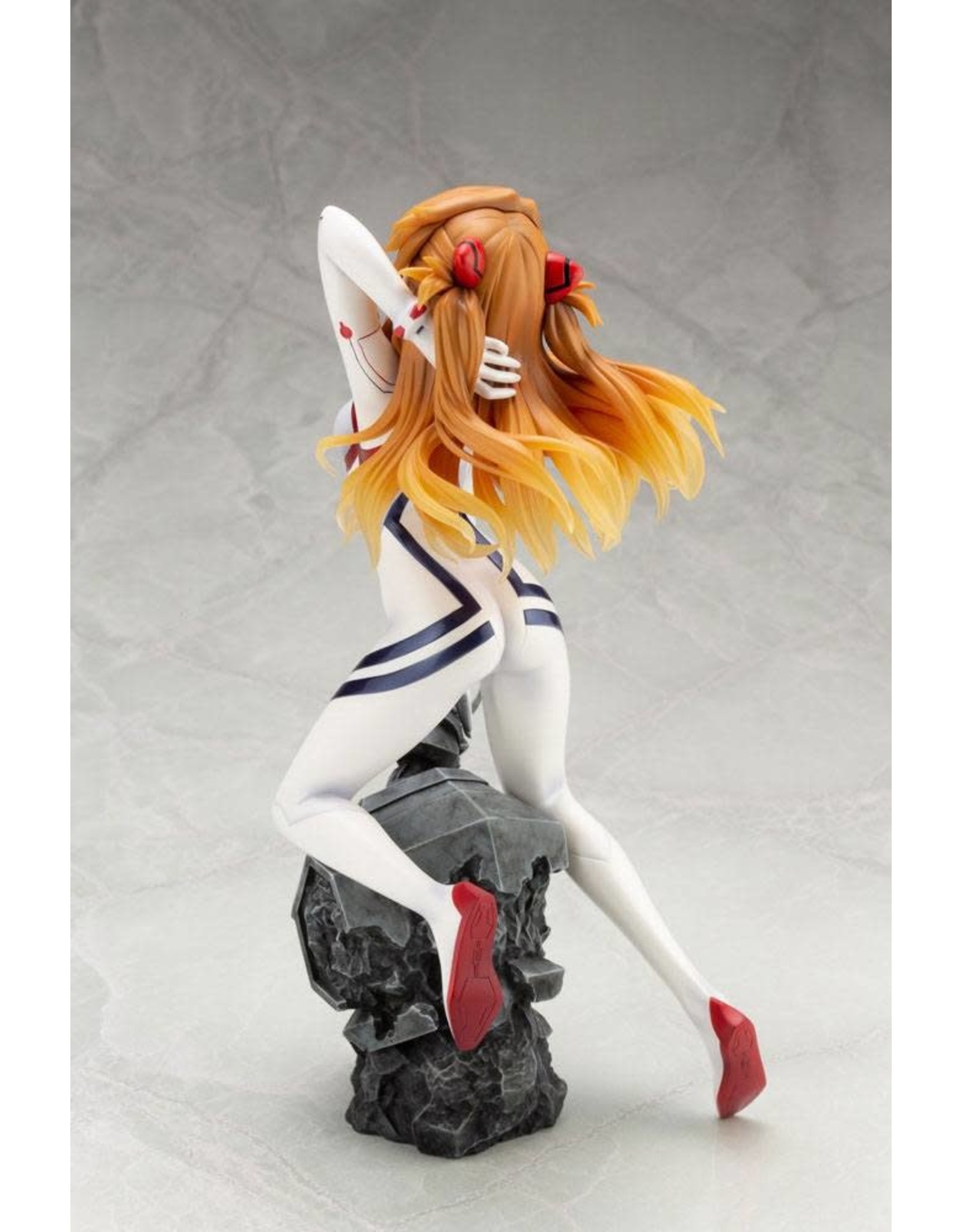 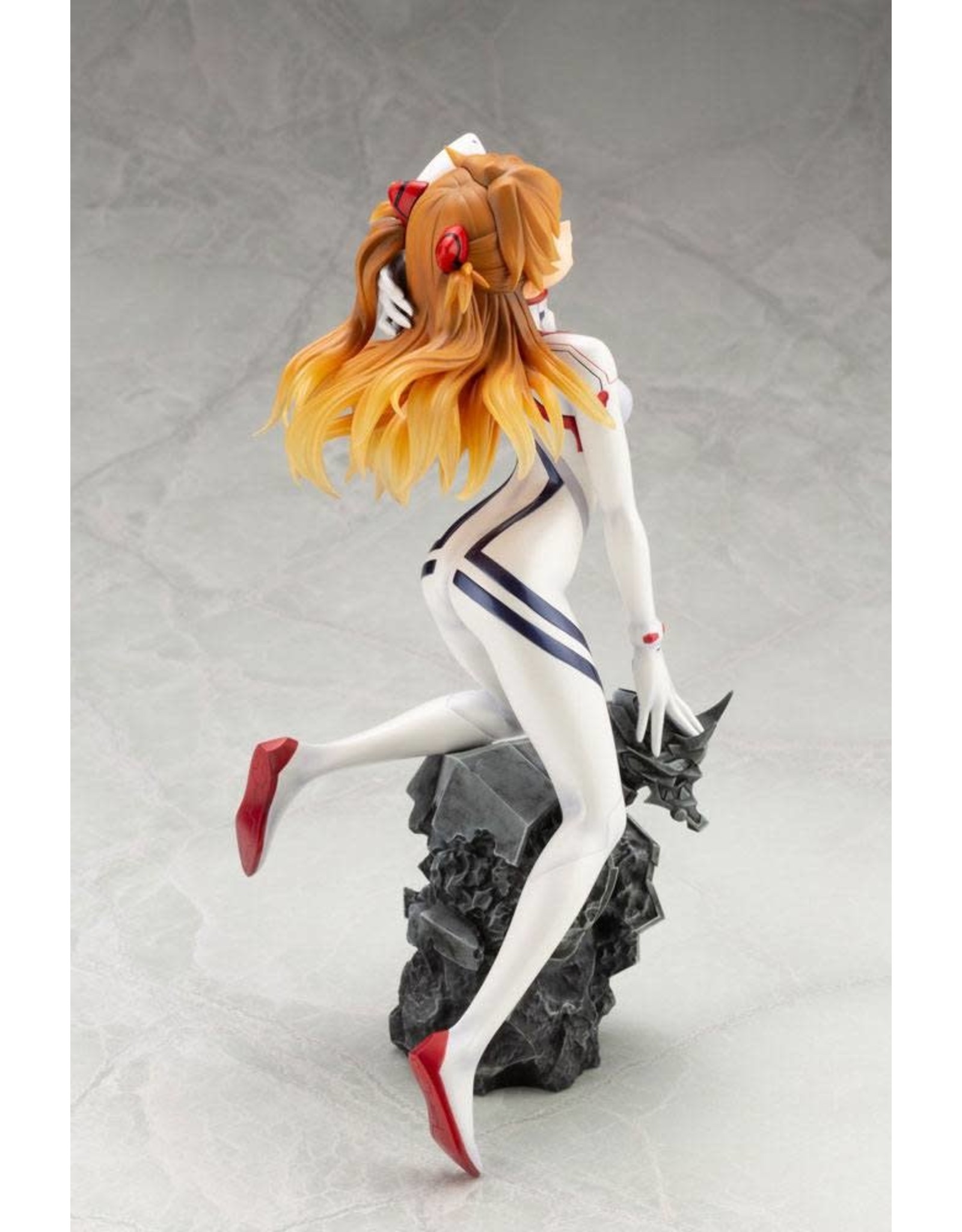 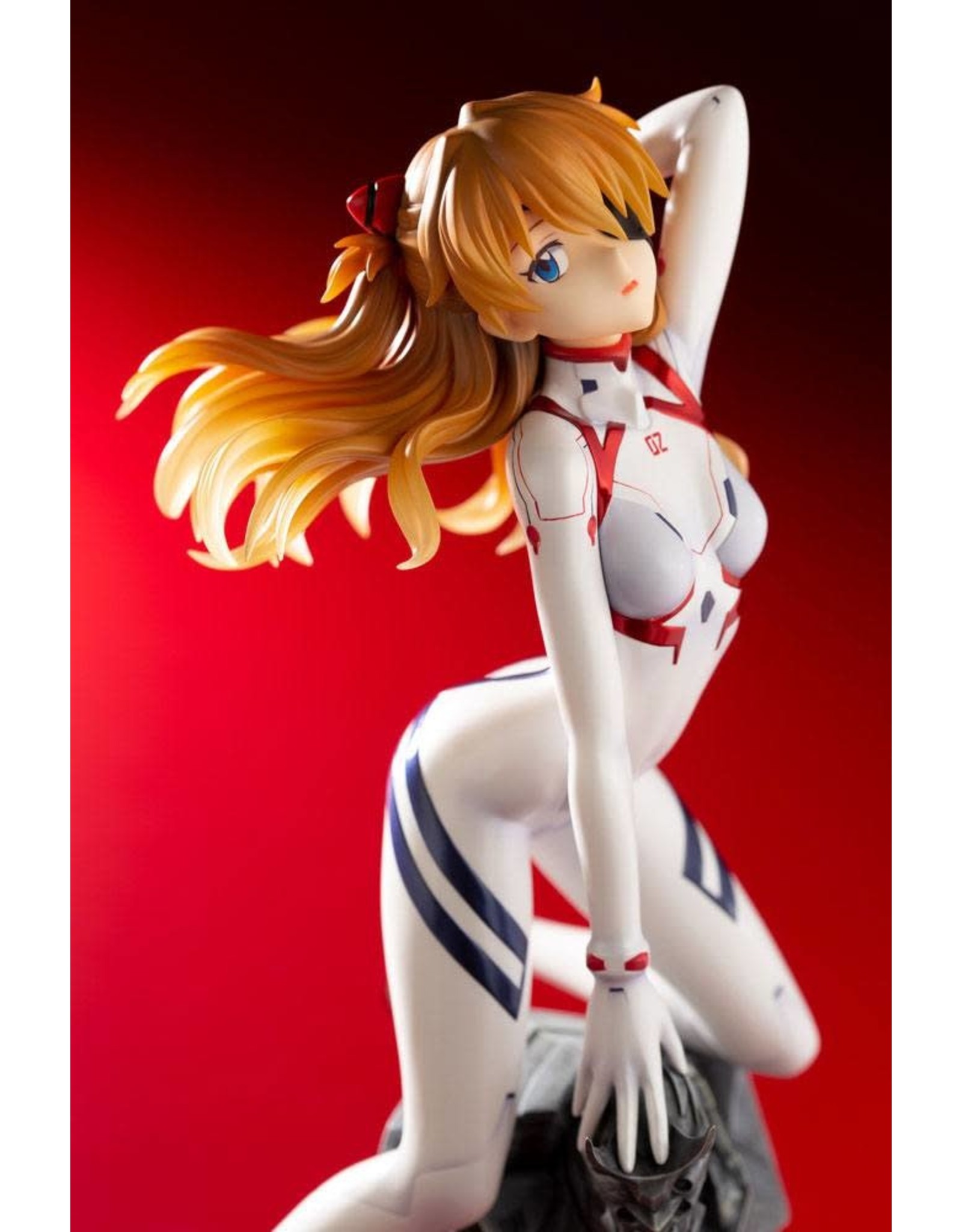 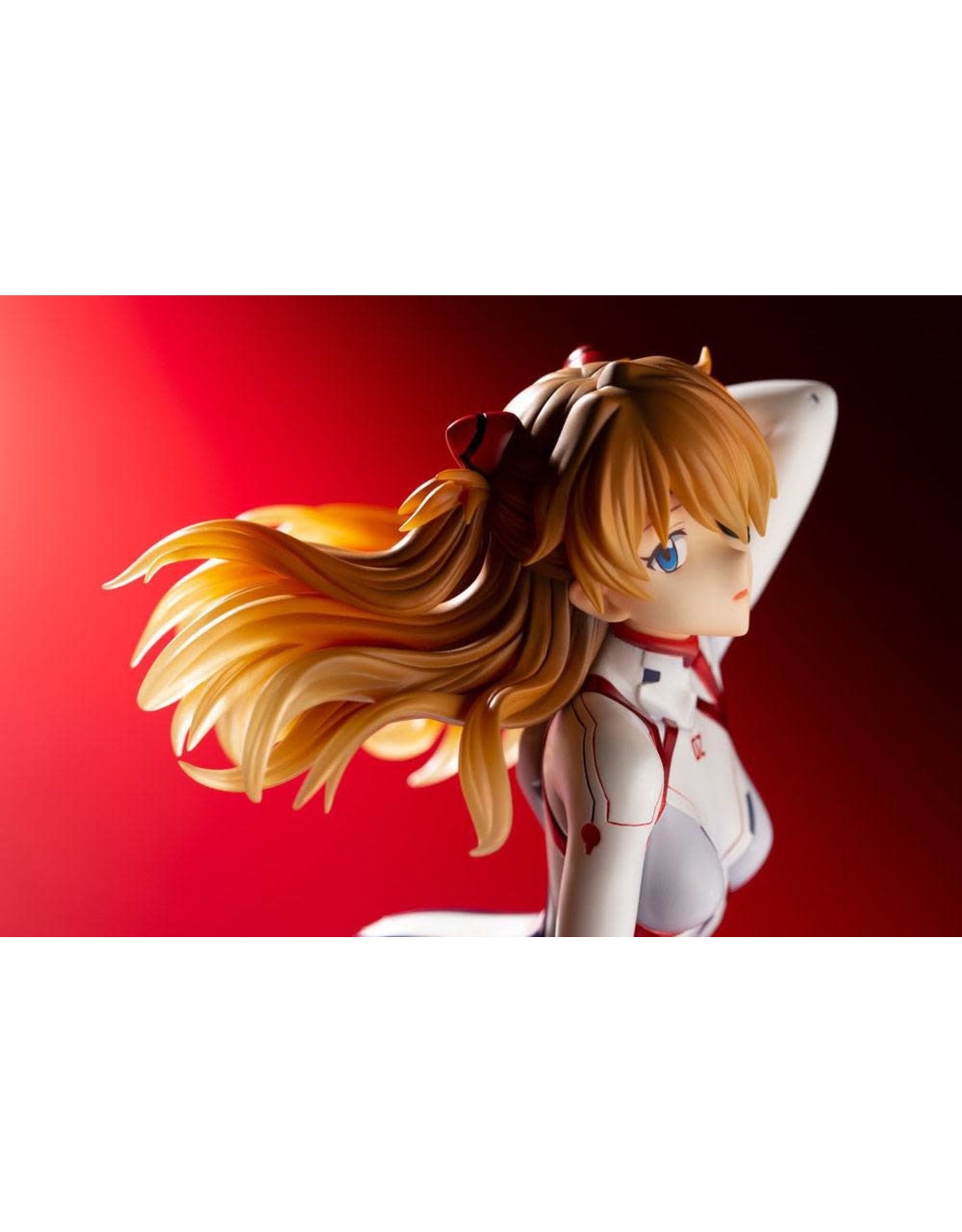 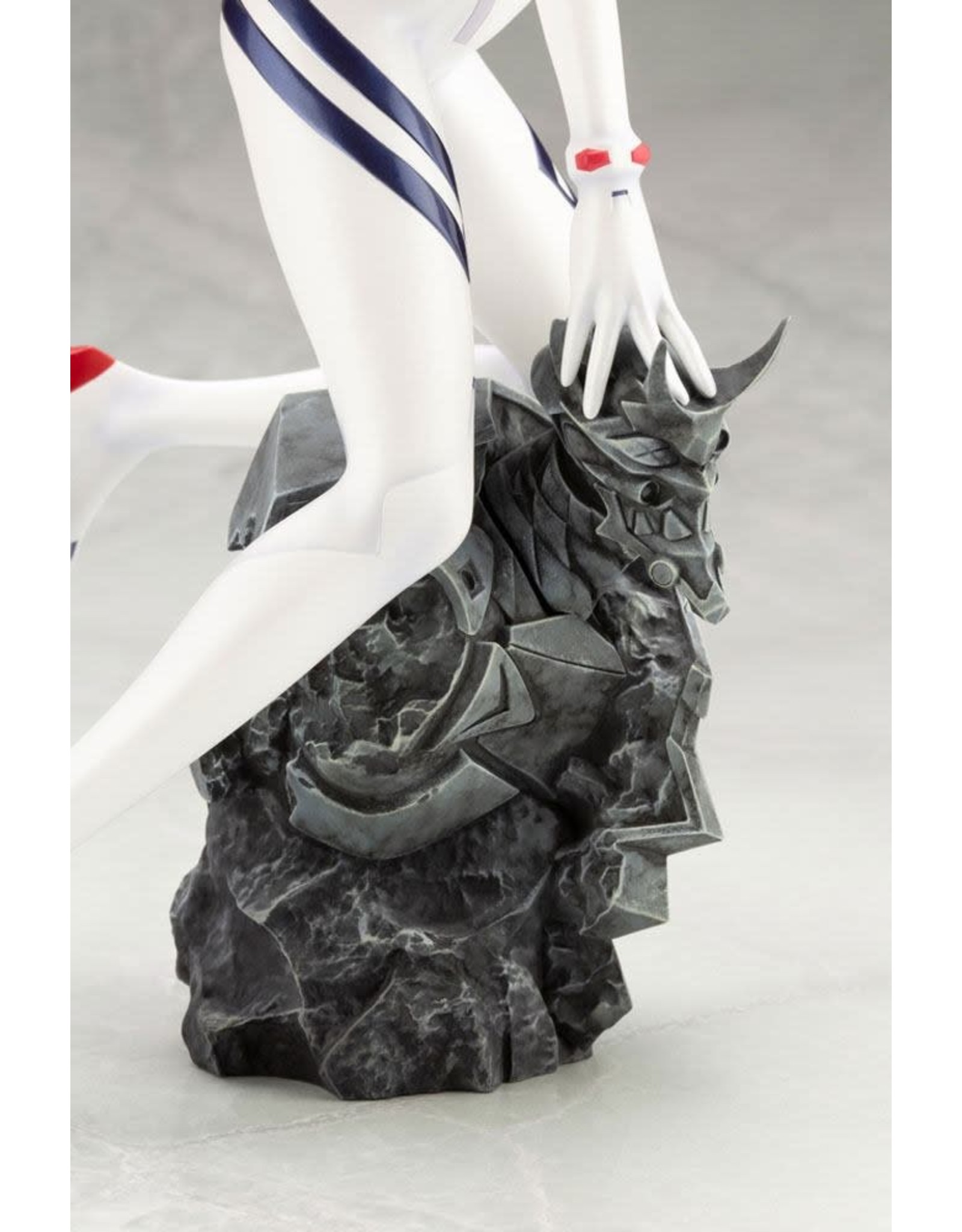 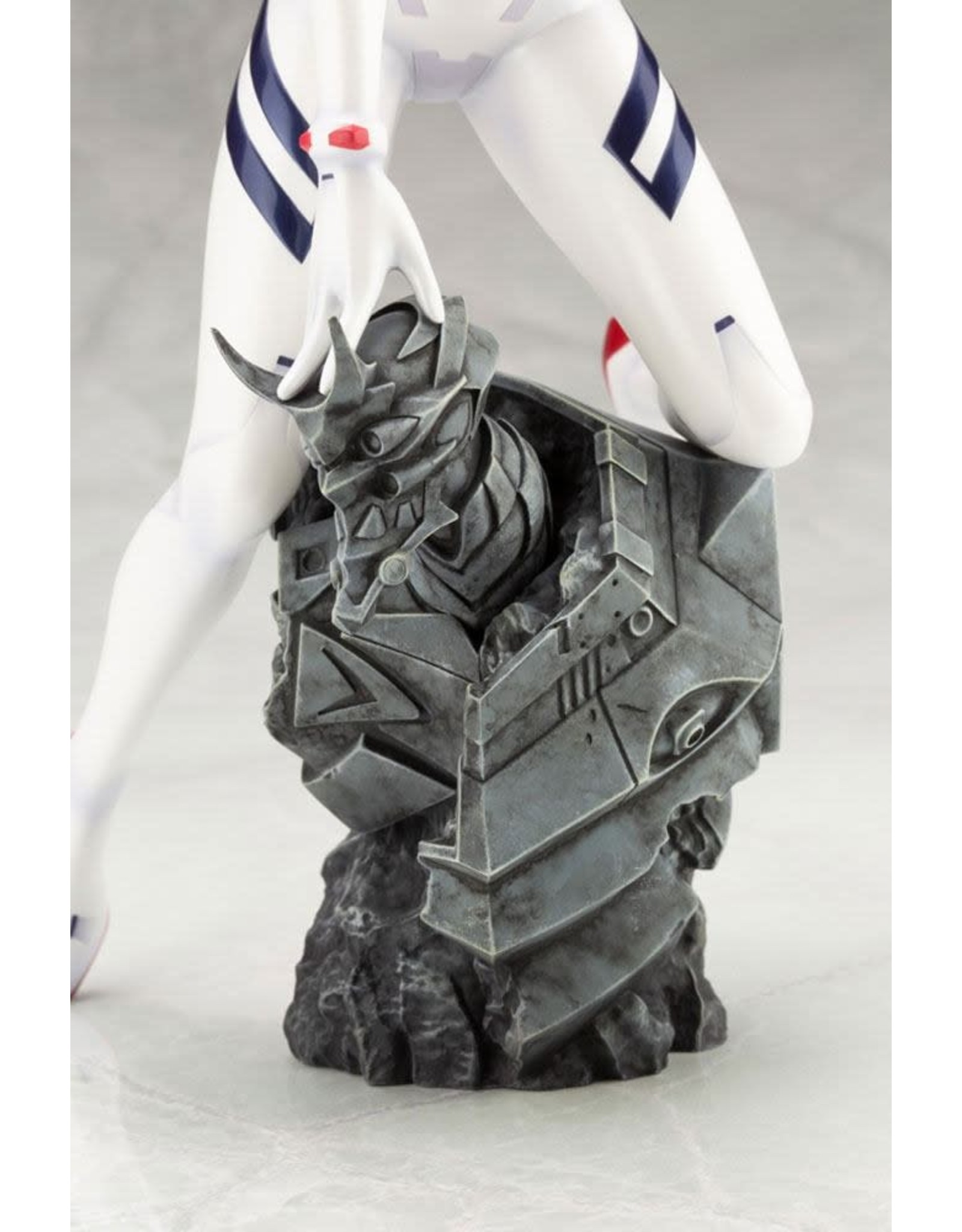 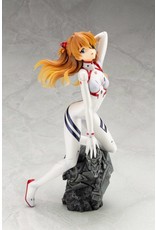 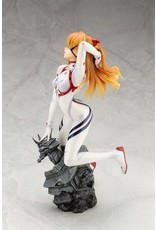 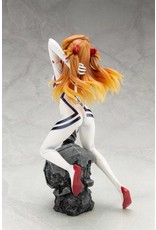 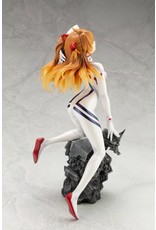 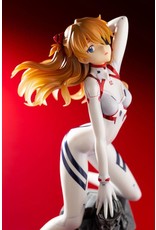 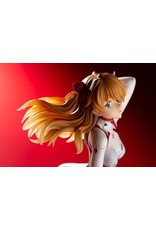 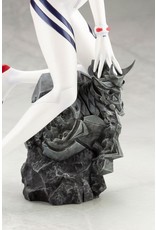 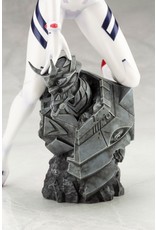 From EVANGELION:3.0+1.0 THRICE UPON A TIME, Asuka Shikinami Langley is joining Kotobukiya's figure lineup in her new plugsuit!
As seen in EVANGELION:3.0+1.0 THRICE UPON A TIME, this 1/6 scale statue of Asuka is depicted with the new white plugsuit she dons before the final battle.
With a handful of accents featuring Asuka's trademark red, this all-white plug suit shows a new side of the character.
In keeping with the rest of the "plugsuit ver." line, the base of the statue has a stone statue of the head of New EVA-02a(JA-02 Body Assembly Cannibalized), the Evangelion piloted by Asuka in the film. Special care was also taken in designing the base.