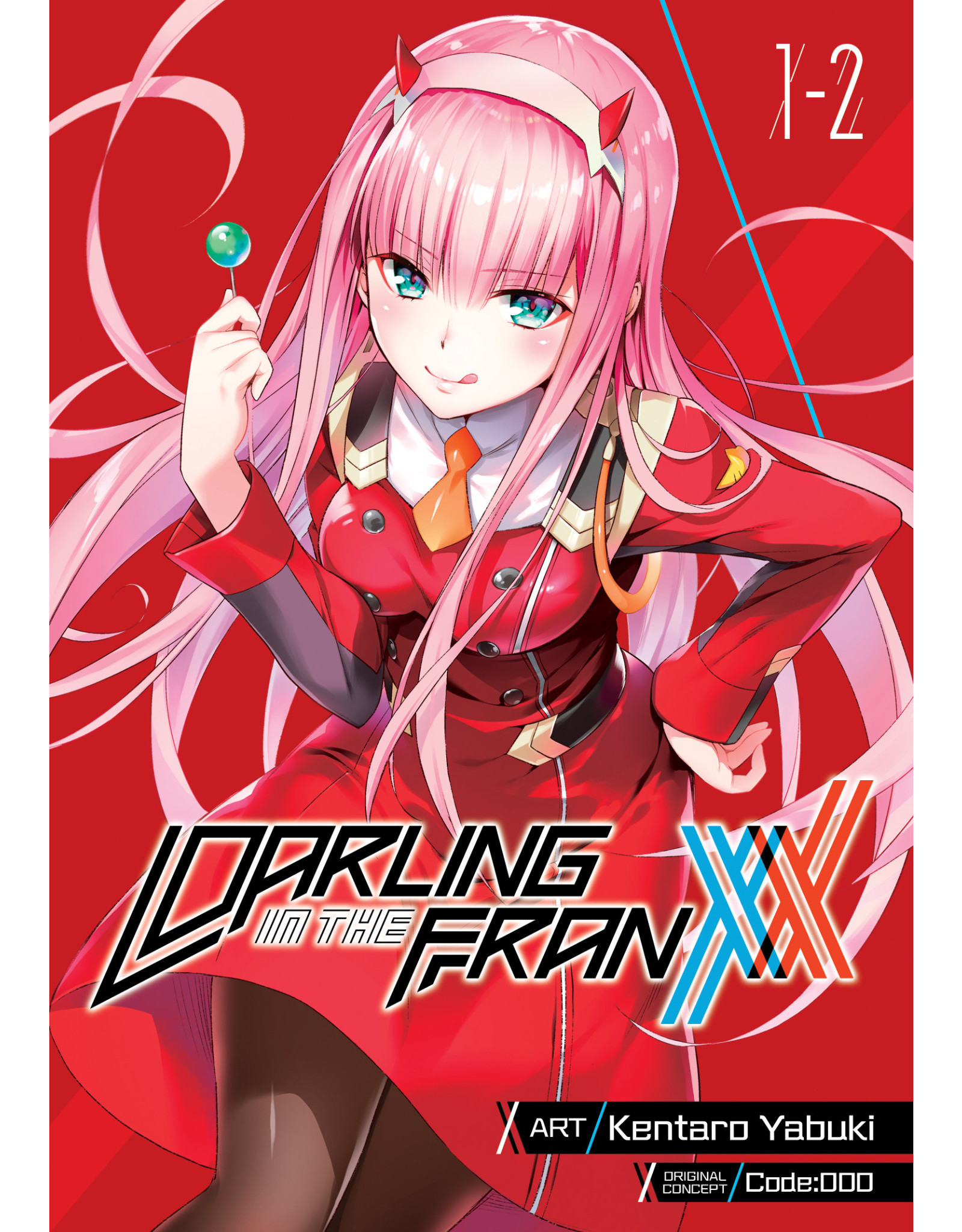 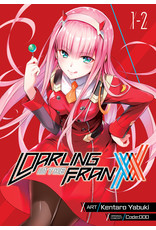 From the artist of Ayakashi Triangle, To Love Ru (both also from Seven Seas), and Black Cat! This provocative sci-fi tale is the manga version of the hit anime--but with a divergent storyline.

In a devastated post-apocalyptic future, Earth is a desolate wasteland. Humanity’s only remaining strongholds are mobile fortress cities called Plantations, defended by giant robots known as FRANXX, who drive back the massive predatory Klaxosaurs that now roam the land. Failed pilot Hiro would be out there fighting them if he hadn’t screwed it all up. But a chance encounter with a mysterious horned girl is about to change the course of his life—and his destiny piloting the FRANXX.